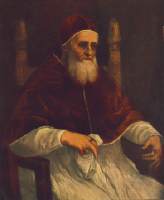 "Go ye into the whole world and preach the Gospel to every creature" (Mark xvi. 15).

THE respect Catholics have for the bishops and priests of the Church is often a matter of surprise to those not of the Faith. They do not understand, as Catholics do, that the priests are "ambassadors for Christ" sent to "preach the Gospel to every creature." For Christ instituted the priesthood to carry on divine worship, to govern the Church, to preach His doctrine, and to administer the sacraments.

As in the Old Law God chose His priests from among the family of Aaron, so in the New Law He chooses them from among those whom His apostles and their successors see fit to ordain. Priests and other ministers of the Church receive in the sacrament of Holy Orders the power and grace to perform their sacred duties. If we would but consider seriously for a moment the importance of these duties and the great dignity of the minister of God, we would have no difficulty in understanding the reasonableness of the Catholic practice of showing profound respect to God's priesthood.

The priest is the minister of Jesus Christ, who chose him that he might obtain for himself the greatest good and in return bestow this good upon his fellow-man. Jesus Christ chose him that he might aid Him in the work for which He came on earth. What a noble mission! What important duties! What a great dignity! To aid Jesus Christ in saving souls, to teach them the truths of salvation, to loose them from their sins, to offer the eucharistic sacrifice for them, to pray for them, to minister unto them, and to fill them with Heaven's choice blessings; for such a high mission, for such important duties did Jesus Christ choose the priest. If his duties are so important, his dignity must be correspondingly great.

On the banks of the Lake of Genesareth the Great Teacher chose Peter as His vicar and head of His Church. As the pontiff could not be everywhere, Peter and the other apostles imposed hands on others as the needs of the growing Church demanded. They understood that it was by a living, teaching ministry this work of salvation was to be carried on. For we find it recorded in the 14th chapter of the Acts that Paul and Barnabas ordained priests in Lystra and Iconium.

Paul also consecrated Titus Bishop of Crete, for the express purpose of ordaining others. Thus we see that as Christ was sent by the Father, the apostles by Christ, so, too, is the priest invested with the same power "for the perfecting of the saints, for the work of the ministry and for the edification of the body of Christ" (Eph. iv. 12), and that no one but a priest divinely called, rightly ordained, and legitimately sent has power from God to teach God's words to the faithful. He is the ambassador of God, commissioned to do His work with His authority; the vicar of Christ continuing the work He commenced; and the organ of the Holy Ghost for the sanctification of souls. He is ever imitating his model, going "about doing good." He devotes his life to alleviate the sufferings of men. To spend one's life instructing man is but second in importance to alleviating his sufferings. This the priest is ever doing. He rescued us from barbarism; saved for us at the risk of his life the Holy Scriptures, the classics of Greece and Rome, and the writings of the Fathers; founded the great universities of Europe; and is to-day, as in the past, the greatest educator in the world. He does all this for love of God. Do you wonder, then, that Catholics love and revere their priests?

Nowhere can there be found a body of men or a series of rulers so venerable, so renowned for wisdom, justice, charity, and holiness, as the Popes, bishops, and priests of the Catholic Church in every age, from the time of Christ until the present.