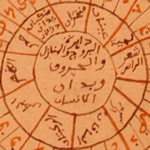 By Mohammedan Conversion is not here meant conversion from Christianity to Mohammedanism, or vice versa, but those spiritual crises which take place within Mohammedanism, as within Christianity, by which the soul is stung as with a regenerating shudder to use George Eliot's phrase, to rise from a notional to a real belief in God. Mohammedan theologians are as aware of this distinction as Christian ones. Thus Al Ghazzali, in his Revival of the Religious Sciences, is very sarcastic on the indulgence in the common expletive, "We take refuge in God," by Mohammedans without attaching any real meaning to it. He says: "If you see a lion coming towards you, and there is a fort close by, you do not stand exclaiming, 'I take refuge in this fort!' but you get into it. Similarly, when you hear of the wrath to come, do not merely say, 'I take refuge in God,' but take refuge in Him."

This transformation of a notional into a real belief has proved the crisis in the lives of many of the saints and mystics of Islam, without, as far as it appears, any contact on their part with Christianity. Thus, Ibn Khalliqan, in his great Biographical Dictionary, tells of Al-Fudail, a celebrated highwayman, who, one night, while he was on his way to an immoral assignation, was arrested by the voice of a Koran-reader chanting the verse, "Is not the time yet come unto those who believe, that their hearts should humbly submit to the admonition of God?" On this he exclaimed, "O Lord! that time is come." He then went away from that place, and the approach of night induced him to repair for shelter to a ruined edifice. He there found a band of travellers, one of whom said to the others, "Let us set out"; but another answered, "Let us rather wait till daylight, for Al-Fudail is on the road, and will stop us." Al-Fudail then turned his heart to God, and assured them that they had nothing to fear. For the rest of his life he lived as an ascetic, and ranked among the greatest saints. One of his recorded sayings is, "If the world with all it contains were offered to me, even on the condition of my not being taken to account for it, I would shun it as you would shun a carrion, lest it should defile your clothes."

Another striking "conversion" is that of Ibrahim Ben Adham, Prince of Khorassan. He was passionately addicted to the chase, and one day when so employed heard a voice behind him exclaiming, "O Ibrahim, thou wast not born for this." At first he took it for a delusion of Satan, but on hearing the same words pronounced more loudly exclaimed, "It is the Lord who speaks; His servant will obey." Immediately he desisted from his amusement, and, changing clothes with an attendant, bade adieu to Khorassan, took the road towards Syria, and from thenceforth devoted himself entirely to a life of piety and labour.

A third example is that of Ghazzali himself, who, in his work The Deliverance from Error, has left one of the very few specimens of Eastern religious autobiography, and one bearing a certain resemblance to Newman's Apologia. He was professor of theology at the University of Bagdad in the eleventh century. In his autobiography he says: "Reflecting upon my situation, I found myself bound to this world by a thousand ties; temptations assailed me on all sides. I then examined my actions. The best were those relating to instruction and education; and even there I saw myself given up to unimportant sciences, all useless in another world. Reflecting on the aim of my teaching, I found it was not pure in the sight of the Lord. I saw that all my efforts were directed towards the acquisition of glory to myself." After this, as he was one day about to lecture, his tongue refused utterance; he was dumb. He looked upon this as a visitation from God, and was deeply afflicted at it. He became seriously ill, and the physicians said his recovery was hopeless unless he could shake off his depression. "Then," he continues, "feeling my helplessness, I had recourse to God, as one who has no other recourse in his distress. He compassionated me as He compassionates the unhappy who invoke Him. My heart no longer made any resistance, but willingly renounced the glories and the pleasures of this world."

We may close this short list with the name of the Sufi poet, Ferid-eddin-Attar. He was a druggist by trade, and one day was startled by one of the half-mad fakirs, who swarm in Oriental cities, pensively gazing at him while his eyes slowly filled with tears. Ferid-eddin angrily ordered him to go about his business. "Sir," replied the fakir, "that is easily done; for my baggage is light. But would it not be wise for you to commence preparations for your journey?" The words struck home, Ferid-eddin abandoned his business, and devoted the rest of his life to meditation and collecting the sayings of the wise.

These four cases, the highwayman, the prince, the theologian, the poet, are sufficient to show that the Recognition (anagnorisis) and Revolution (peripeteia), to use Aristotle's phrase, which turns life from a chaotic dream into a well-ordered drama, of which God is the Protagonist, may receive as signal though not as frequent illustration in the territory of Islam as in that of Christianity. They also serve to illustrate Professor W. James' thesis in his Gifford Lectures, that "conversion," whether Christian or extra-Christian, is a psychological fact, and not a mere emotional illusion.