Judgment and the Heart 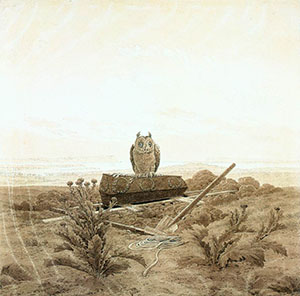 I've been thinking about judgment quite a bit lately, and two unrelated stories in the news have prompted me to address the issue.

The first story is from Portland, Oregon: According to Slate, "Two men were stabbed to death and another was wounded when they tried to intervene and stop a man from yelling hateful slurs on a light-rail train at two young women, one of whom was wearing a hijab." Few would argue that such an incident is a terrible tragedy. What should also be noted is that all four men were engaged in making judgments.

The 35-year-old man yelling slurs, described as a white supremacist and right-wing extremist, judged that the young women were different from him and therefore somehow deserving of contempt. The three men who risked their lives - and, in the case of two of them, who paid with their lives - to intervene judged that the extremist's actions were wrong and hurtful and took action. It would be hard to find a clearer illustration of bad judgment versus good judgment, or of cowardice versus courage, and our thoughts and prayers are with the dead and wounded men and their families.

The other story is quite different and, at first glance, not at all clear. I'm purposely not providing a link to the story or mentioning names, because such stories do not need free publicity, but the article was about a "conservative Catholic" who implied that disobedience to Pope Francis would be acceptable in the eyes of God and the Church since the Pope was "not adhering" to doctrine. Here, too, we have a person making a judgment, in this case a person judging Pope Francis to be wrong because his words and actions do not fit her personal view of church doctrine.

Non-Catholics would possibly be surprised to learn of the strong negative reaction of some to the much-loved pontiff's words and deeds, especially when he expresses mercy, forgiveness, and understanding. The Pope is not beloved by the crowd - a small crowd within the Catholic Church, to be sure - who love to festoon their automobiles with bumper stickers attempting to shame gays, divorced Catholics, individuals who have had abortions, and the like. Whenever I encounter such persons, I am reminded of the words from Robert Burns' poem, "Address to the Unco Guid, or The Rigidly Righteous:"

My son, these maxims make a rule,
An' lump them aye thegither:
The Rigid Righteous is a fool,
The Rigid Wise anither.

I make no claim to being a Biblical scholar, but for the life of me I cannot find where in the New Testament Jesus tells us to hate those of a different religion, or those who are homosexual, or those who make decisions in life that we consider unwise. On the other hand, I am familiar with these words from Matthew 7:1-3:

Judge not, that ye be not judged.

For with what judgment ye judge, ye shall be judged: and with what measure ye mete, it shall be measured to you again.

And why beholdest thou the mote that is in thy brother's eye, but considerest not the beam that is in thine own eye?

These words might have been in the mind of Pope Francis when, asked about homosexuality, he replied, "Who am I to judge?"

Perhaps I was wrong. Perhaps, on some level, there is a connection between the two stories referred to above. Perhaps they both teach us that closemindedness is a bad idea that, left unchecked, can bring about terrible consequences. And more importantly, perhaps both stories teach us that we are at our most noble when we discern what is right and act upon it.

It would be a good thing, in my opinion, if we all took time to read Burns' entire poem, but nothing is given away if I reveal the poem's ending:

Who made the heart, 'tis He alone
Decidedly can try us:
He knows each chord, its various tone,
Each spring, its various bias:
Then at the balance let's be mute,
We never can adjust it;
What's done we partly may compute,
But know not what's resisted.