Welcome. The information on this website is intended to foster understanding between people with different spiritual beliefs. We offer a wealth of information on a wide variety of spiritual topics, ranging from Spiritual Concepts of a General Nature to primarily historical works on Christianity, Earth-Based Religions, and Eastern Religions and Beliefs.

There are a number of excellent full-text works on this site, including As a Man Thinketh, The History of Spiritualism, Paradoxes of Catholicism, The Path to Prosperity, Oriental Religions and Christianity, A Portraiture of Quakerism, Preaching and Paganism, History of the Catholic Church, and The Way of Peace.

Samurai Courage
To the Samurai, courage was scarcely deemed worthy to be counted among virtues, unless it was exercised in the cause of Righteousness. In his "Analects" Confucius defines Courage by explaining, as is often his wont, what its negative is. "Perceiving what is right," he says, "and doing it not, argues lack of courage." Read more . . .

Nonresistance
Nothing on earth can resist an absolutely nonresistant person. The Chinese say that water is the most powerful element, because it is perfectly nonresistant. It can wear away a rock, and sweep all before it. Read more . . .

Judgment and the Heart
I've been thinking about judgment quite a bit lately, and two unrelated stories in the news have prompted me to address the issue. The first story is from Portland, Oregon: According to Slate, "Two men were stabbed to death and another was wounded when they tried to intervene and stop a man from yelling hateful slurs on a light-rail train at two young women, one of whom was wearing a hijab." Few would argue that such an incident is a terrible tragedy. What should also be noted is that all four men were engaged in making judgments. Read more.

Prisoners of Our Possessions

The Doctrine and Practice of Yoga 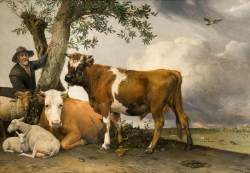 "Question with boldness even the existence of God; because if there be one, he must more approve of the homage of reason than that of blindfolded fear."
-- Thomas Jefferson

"There is but one religion, the religion of Truth."
-- James Allen

Ten Rules for Life
If there is a place for disorder and creative chaos in our world, there is also a danger of such disorderliness going too far, and there are times when phrases such as, “honoring my creative spirit” become nothing more than double-speak for, “doing whatever I want.” In truth, creativity, like other areas of life, benefit from structure. Read more . . . 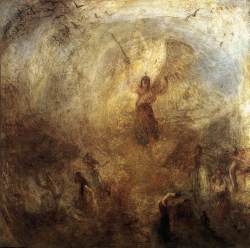 Gnosticism
Gnosticism lends itself to confusion (and sometimes unbridled speculation) partly owing to its antiquity, partly to the secret nature of its teachings, and partly because, as a religion, it never became an "organized" religion in the sense that other belief systems did. Read more . . .